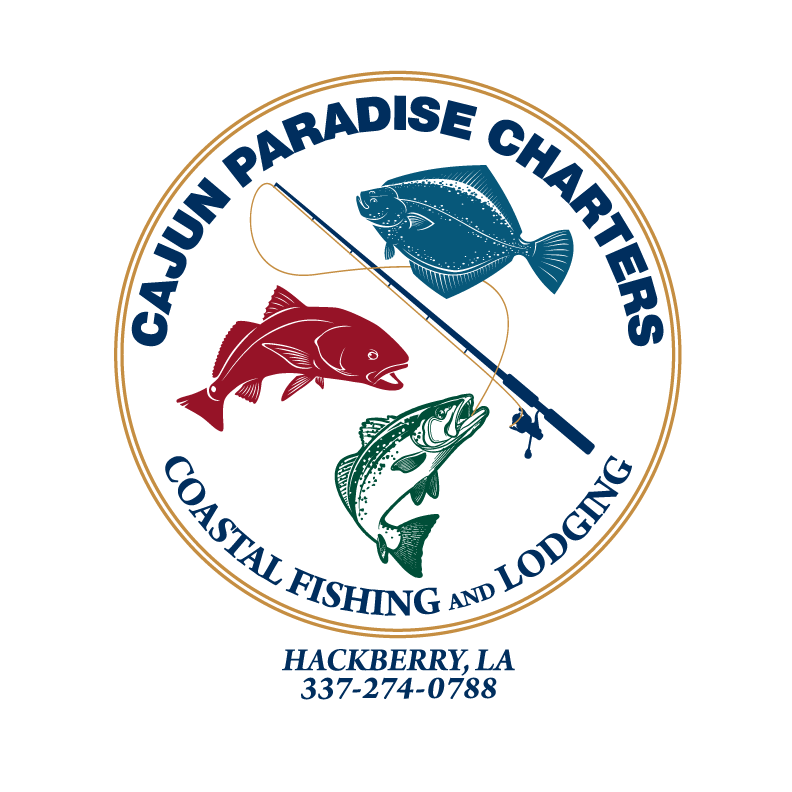 Calcasieu Lake, nestled in the Southwestern part of the state, is known by many as “The Best of The Best”. Most folks just refer to Calcasieu Lake as simply “BIG LAKE”.

How can Big Lake continue to produce the size and the number of fish year in and year out? Could it be the fact that it is only a hop, skip and a jump away from the Gulf, and has a ship channel where the fish can come and go? No one really knows these answers, but Big Lake is one of the best Saltwater Fisheries in the United States. Anglers have been visiting this great area for countless years, either looking for that trophy trout, or in hopes of filling their freezer with fresh fillets. Louisiana’s liberal limits has many out of state anglers coming in each week to take advantage and catch a box full of great tasting Louisiana fish. Our Redfish limits are 5 per person, our Speckled Trout limit is 15 per person, and the Flounder limit is 10. If you’re fishing with one of our great guides, your out of state license is only $10.00.

Let’s start with Speckled Trout. You’re allowed 15 per person; size limit is 12″ with only two going over 25″. Many Folks are interested in catching Trophy Specks; most of the larger trout are caught by wade fishing. We have found that by wadding, you will usually catch fewer trout, but the overall size is much larger. Top water lures work best when looking for the bigger trout. When talking with our wade fishing guides, they said that on most days they will catch from 15 to 25 specks, most going from 4 to 7 pounds with an occasional 8, 9, or 10 pounder. Now since most of these are over 25″, you can see that this is mostly catch and release, since you are allowed only two over 25″. Next comes the anglers who want numbers. These folks can have a field day catching anywhere from 25 to over 100 trout a day. It’s not uncommon to see all our guides bringing in 3 man limits of 45 trout day after day. Soft plastics are always top producers. At certain times of the year, live shrimp under a popping cork will fetch an angler his limit very quickly.

Next, let’s talk about Redfish. WOW, is the best and only way to describe our Redfish action. Capt. Kevin Broussard has been putting anglers on Redfish so long, that he is known by many as “The Redfish King”. For over 28 years now, Capt. Kevin has been bringing in 3 to 4 man limits of the aggressive, hard fighting Golden Reds just about each and every day. Some days while fishing for Speckled Trout, a school of reds might show up. When that happens, “it’s on”, for every angler in the boat. On other days, Capt. Kevin and our other guides will simply work the shoreline with soft plastics, a small grub head and other times under a popping cork. On calm days, it’s not unusual to find large schools of big bull reds busting the water in the middle of the lake. There are two other methods for catching reds. The first is to hit the jetties. If the reds are at the jetties, you had better hang on. Pulling them up from 20 or so feet isn’t easy. The last method is sight casting in the shallow water marshes around Big Lake. Capt. Kevin specializes in this method and has this technique down to an art. This is what has earned Capt. Kevin and his dad (Cajun Phil) the title of the Hottest Team in Redfish Cup Tournament History. Capt. Kevin and our other guides will take you to some of the richest red fishing areas around. They will point out the reds as they slip down the grassy banks. If you are able to make that pinpoint cast, you’ll actually watch the big red dart out and attack your lure, then it’s up to you to do battle with the beast of the shallow. If it’s reds you’re wanting to battle with and catch, then you must make arrangements to visit the Cajun Paradise Charters, you won’t be disappointed. Remember, the limits on Redfish are 5 per person, from 16″ to 27″, you are allowed one over 27″. It’s very common to see our guides coming in with 3 to 4 angler limits each and every day.

Now, let’s get on to the Flounder. Of course, on any given day while fishing for Specks or Reds, you might catch a few Flounder, “BUT” from the end of October through the first of December is what we call our Fall Flounder Run. During this time many guides hit the cleaning tables with 4 man limits of 40. That’s right…10 per person times 4 folks on the boat equals 40 nice flounder. Most of the Flounder go for an assortment of plastics in various colors. During the flounder run, the reds are usually hitting pretty good, too. On many days, you have a chance of getting 40 flounder and 20 reds, with even a few speckled trout thrown in the mix.

Another fish that we are not known for, but occasionally catch, is the Triple Tail. On calm days during the summer, you can spot large Triple Tail on the surface around the crab pot buoys or along the old jetties. This is a hard-fighting fish that is also great table fair.

We have covered a lot here, but you must remember that it is fishing. Even though we have many, many, great, enjoyable, and memorable days, there will be trips when it just doesn’t happen. Maybe there’s been too much rain, too much wind, or there’s no tide. There will be a few bad trips throughout the year, but as a whole, most fishing days on Calcasieu Lake are simply AWESOME!

We want to invite you to come visit and stay with us at Cajun Paradise Charters and let Capt. Kevin or one of our other qualified guides treat you to a fantastic day on the water. You deserve it! “Come and get you some”!

The Isle Of Capri Casino

Set on the Contraband Bayou waterfront in west Lake Charles, The Golden Nugget is a lavish casino and golf resort just 1.6 miles from I-210 and 5.2 miles from Downtown